Archeological excavations in Lot 9 revealed a massive, continuous foundation of limestone blocks measuring approximately 50 feet by 26 feet. This would have supported a two-story log building similar to the Jacob Wolf House in Norfork, Arkansas (built in 1828). The Lot 9 residence had at least one chimney and fireplace made of brick atop limestone blocks. This is the oldest known brick fireplace in Arkansas. Many artifacts were found in Lot 9, including broken plates, bowls, cups, glass bottles, buttons, a clay pipe, a mouth harp, an iron knife, and a musket ball [Link to online catalog]. 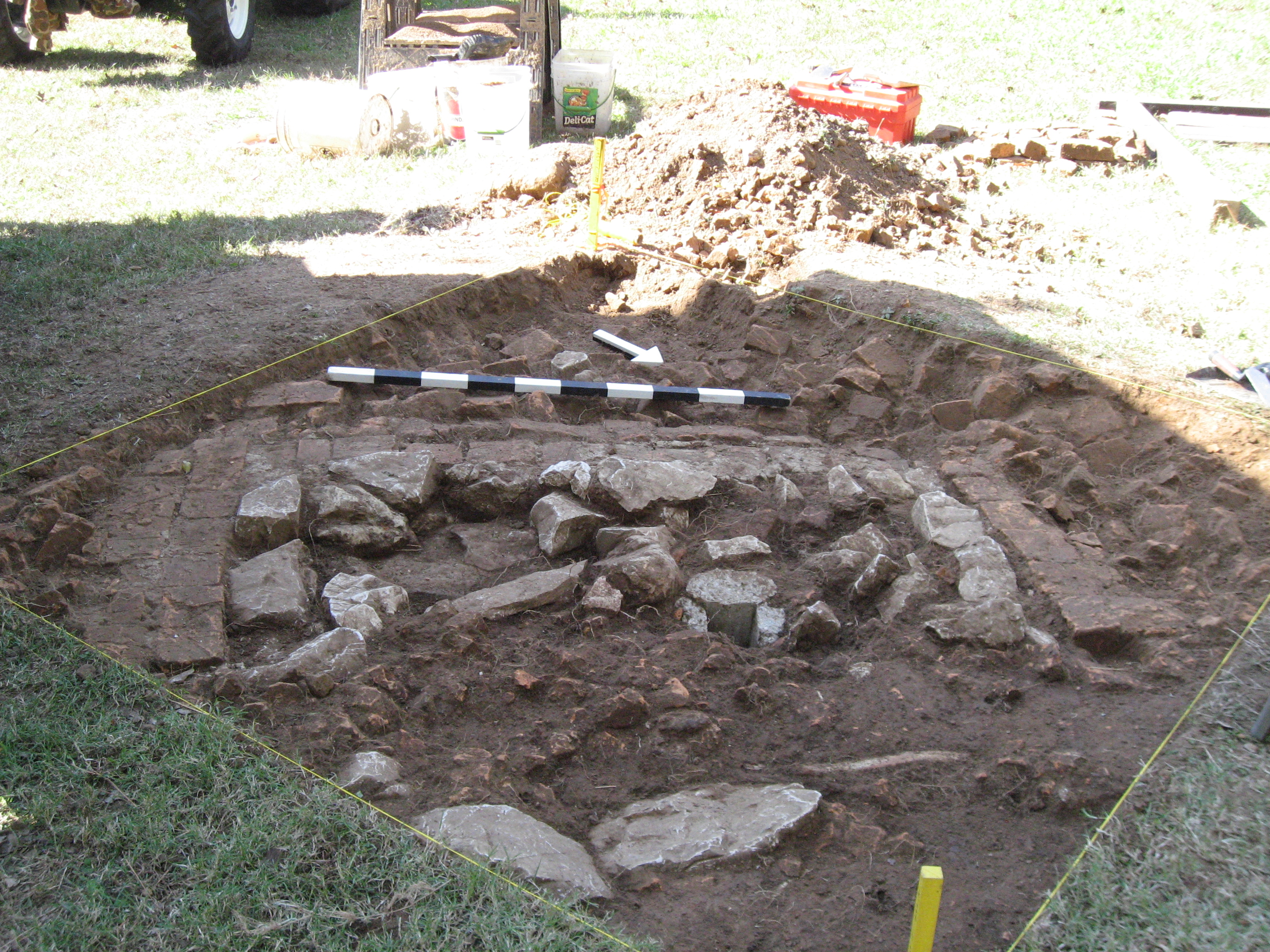 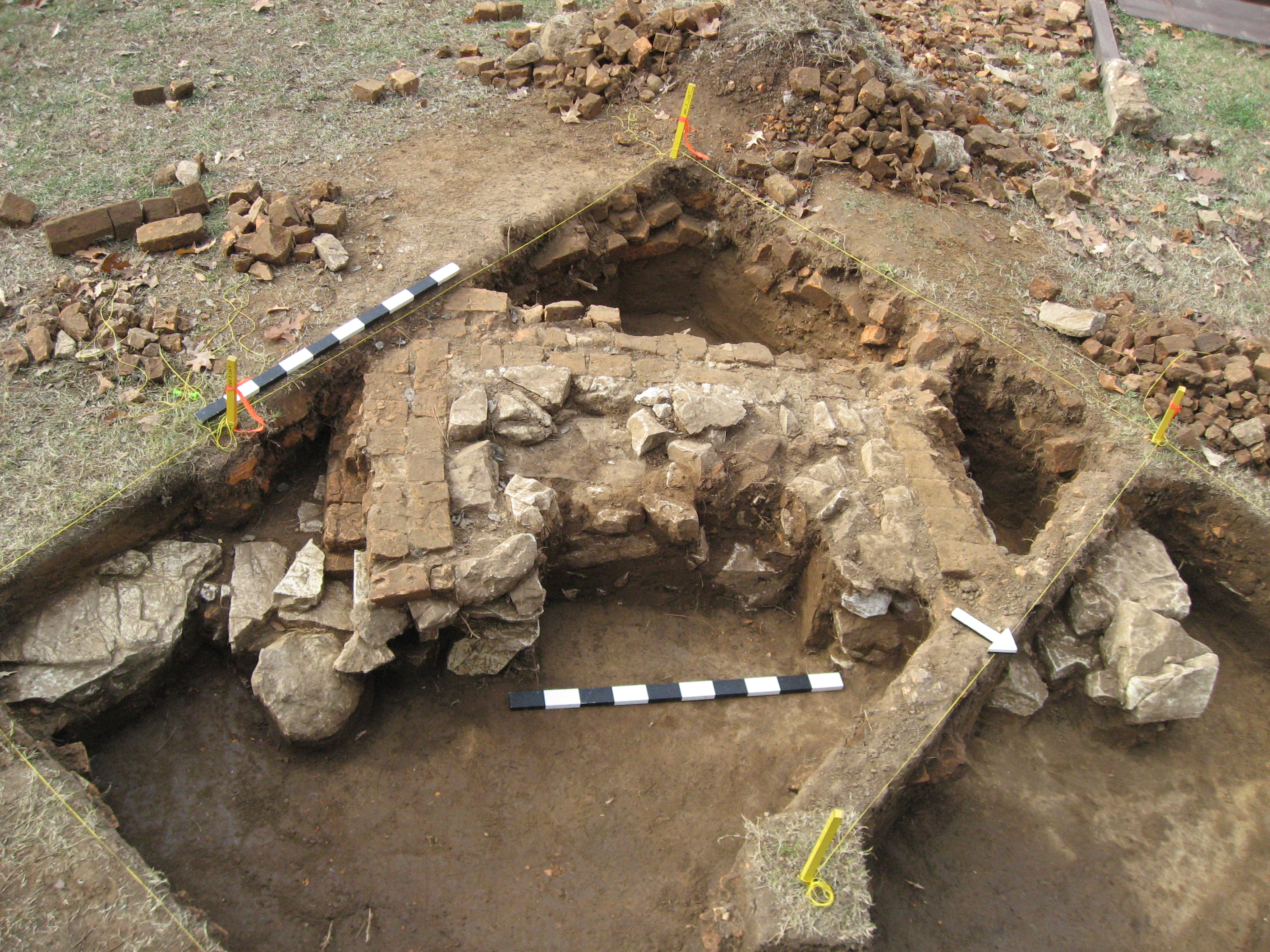 Lot 9 at Davidsonville has long been identified as “the first post office in Arkansas.” Although there is no archival evidence to support this claim, Davidsonville was the first town in Arkansas to have a postal stop. A route from St. Louis to “Laurence c. h.” (court house) was established in 1816. Adam Ritchey was appointed postmaster on June 28, 1817. Mail was delivered and collected once every four weeks (Carter 1951:136, 269, 271-272).

Adam Ritchey or other Davidsonville post masters who followed him may have lived in a log home like the one in Lot 9. Mail would have been dropped off at the door, and residents entered the house and picked up their own mail. It is possible that this residence also served as an inn or tavern for visitors.

I traveled through part of the frontier districts of the United States in a sort of open cart called the mail coach. We went at a great pace day and night along roads that had only just been cleared through immense forests of green trees; when the darkness became impenetrable, our driver set fire to branches of larch, by whose light we continued our way. From time to time we came to a hut in the forest; that was the post office. The courier dropped an enormous bundle of letters at the door of this isolated dwelling, and we went galloping on again, leaving each inhabitant of the neighborhood to come and fetch his share of that treasure. 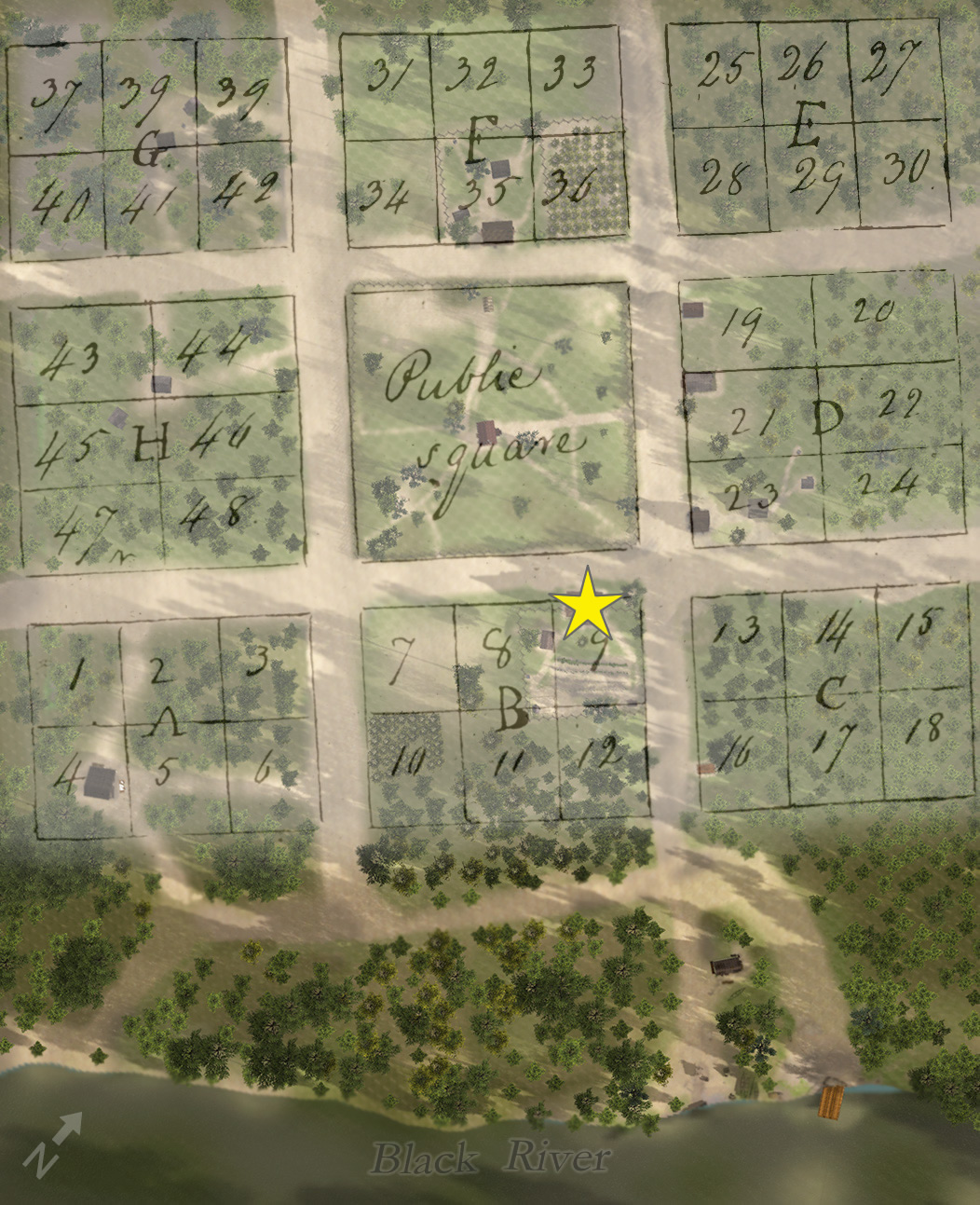 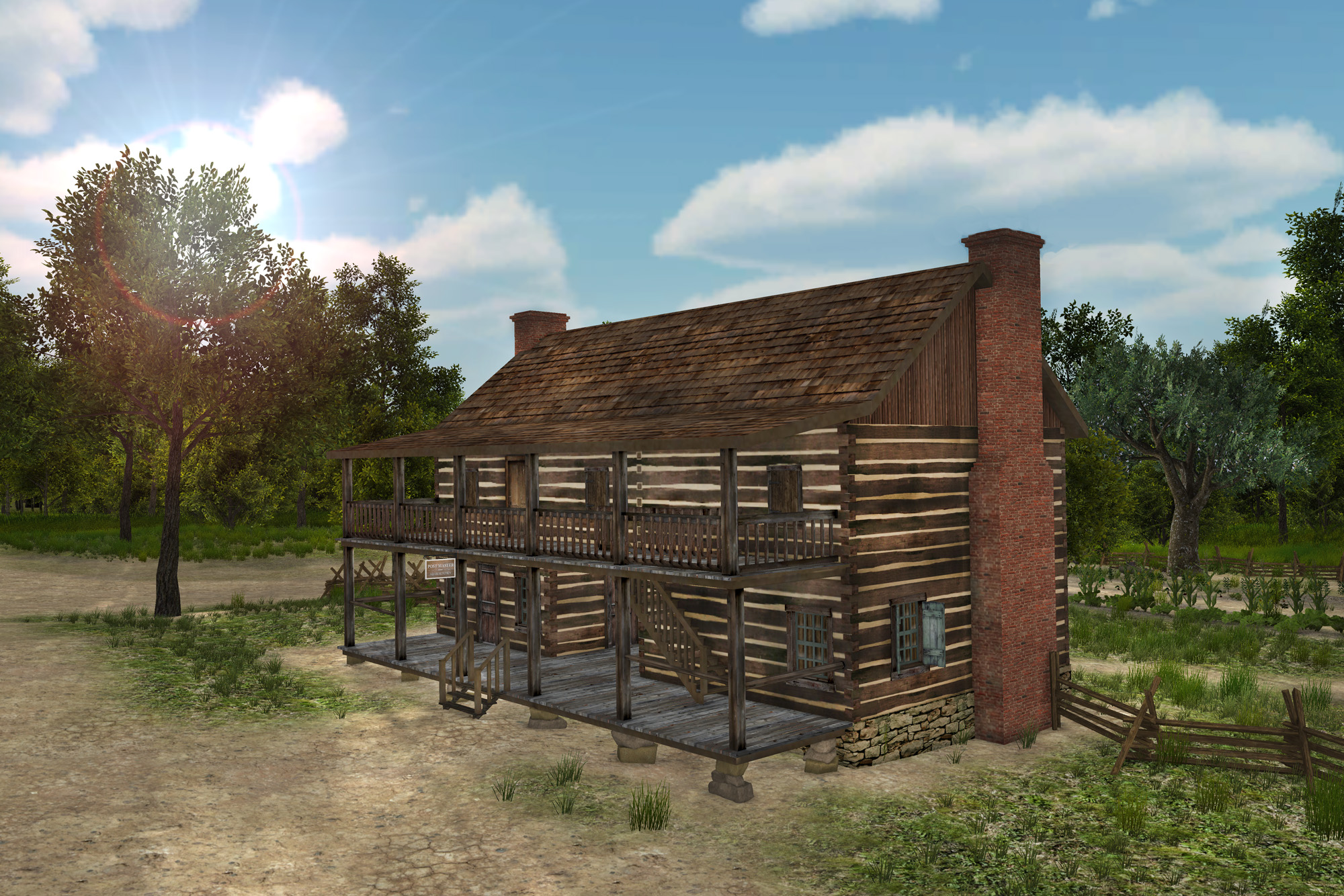 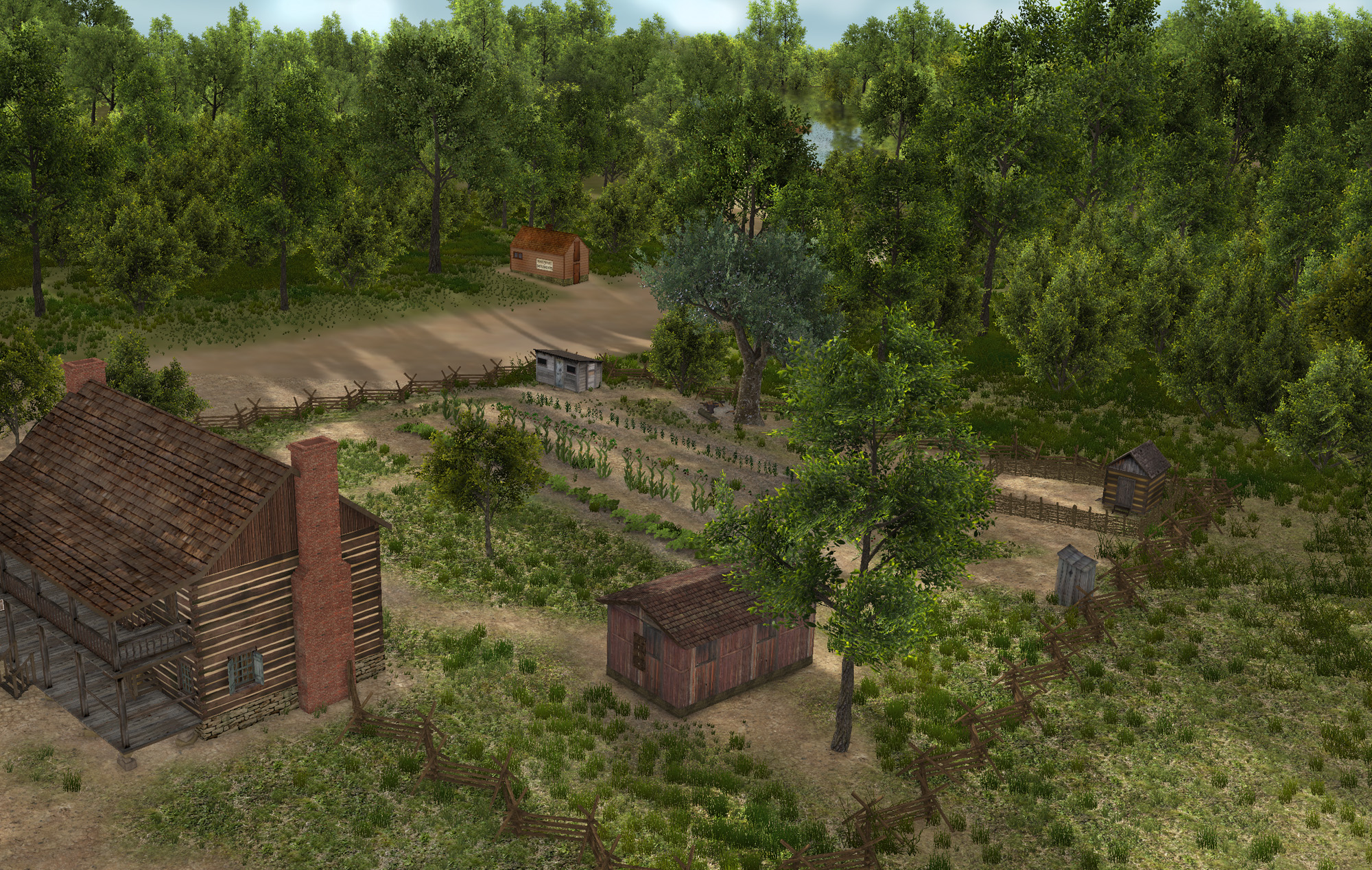 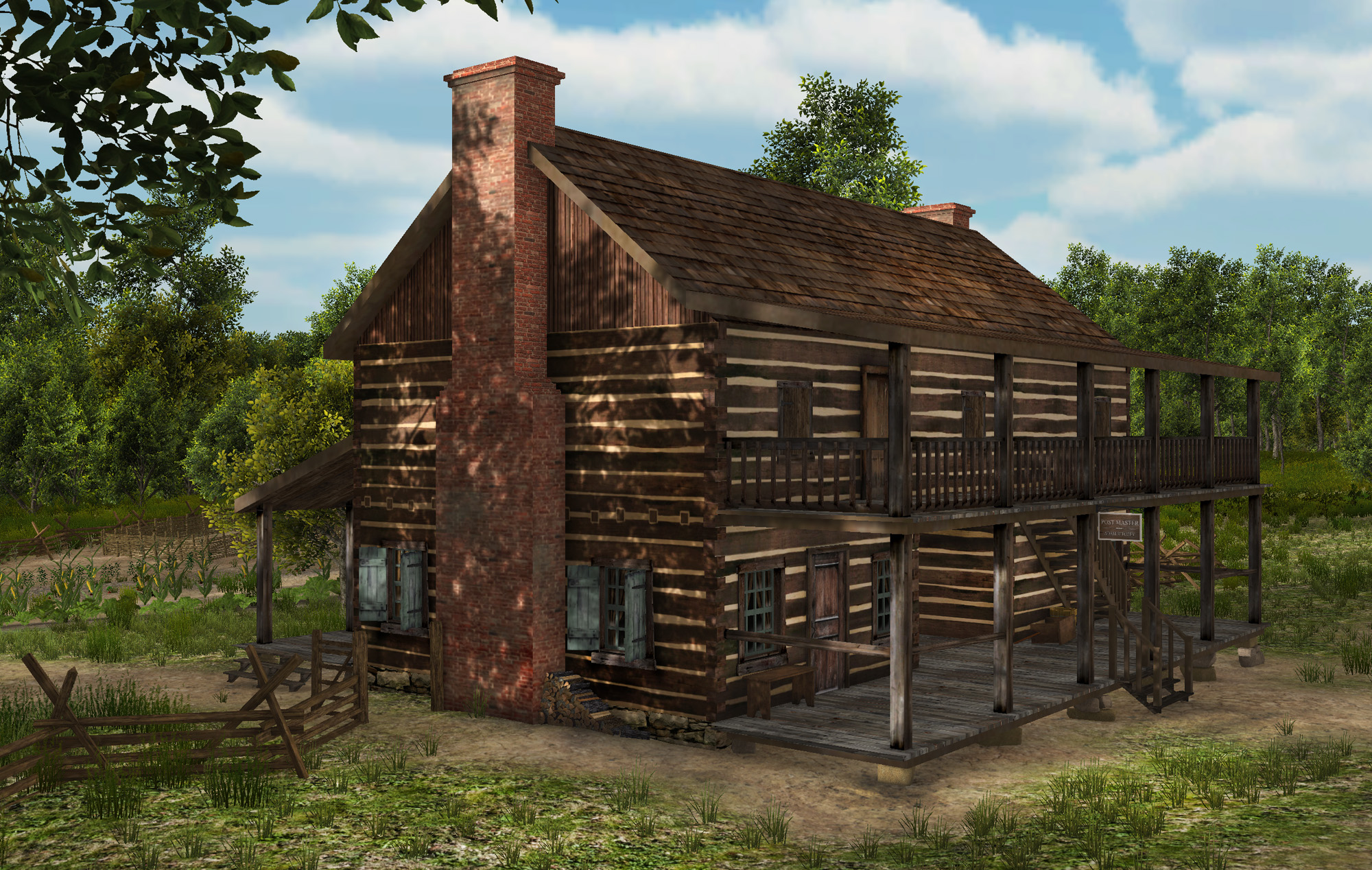