…and a court house and jail be erected according to the provisions of this act.
…And the proceeds of such sale or sales [of land in the town of Davidsonville by the Commissioners] after paying the purchase money or price of such land, shall be by them applied and appropriated first to building a sufficient jail, and the remainder (if any) towards building a court house….

Clearly, the General Assembly wanted a jail to be constructed quickly, even before the courthouse.

In 1816, just after the town plat had been completed, a map was made showing an acre and a half of land set aside for the jail and the land surrounding it. 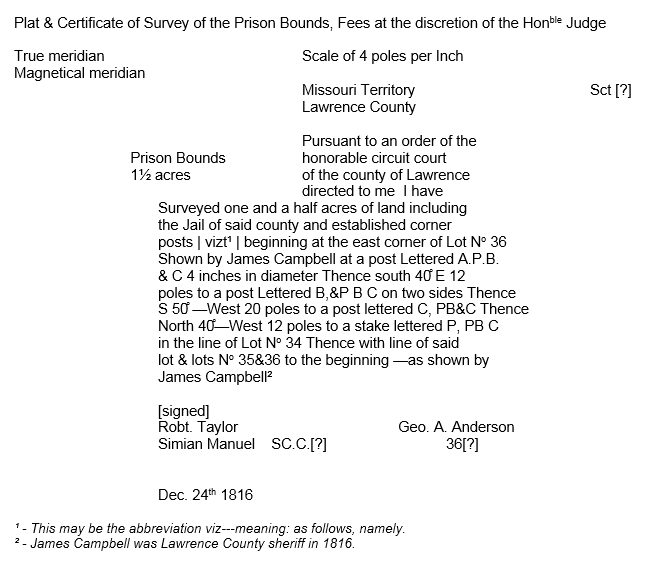 It is our interpretation, based on the plat map, that the jail probably stood in the northeast corner of Lot 36. Unfortunately there is no mention of what it looked like or how it was built in court records. Twice over the years the sheriff was ordered to make repairs to the structure.

The “prison bounds” refers to an area designated for prisoners to wander freely during the day, as long as they were not jailed on a felony charge (Lounsbury 2005:258). Prisoners may have been put to work helping local farmers during the day, for example.

No archeological evidence of the jail has yet been found. In producing the digital re-creation of the jail, we relied upon the design and configuration restored 1873 jail at Powhatan Historic State Park. 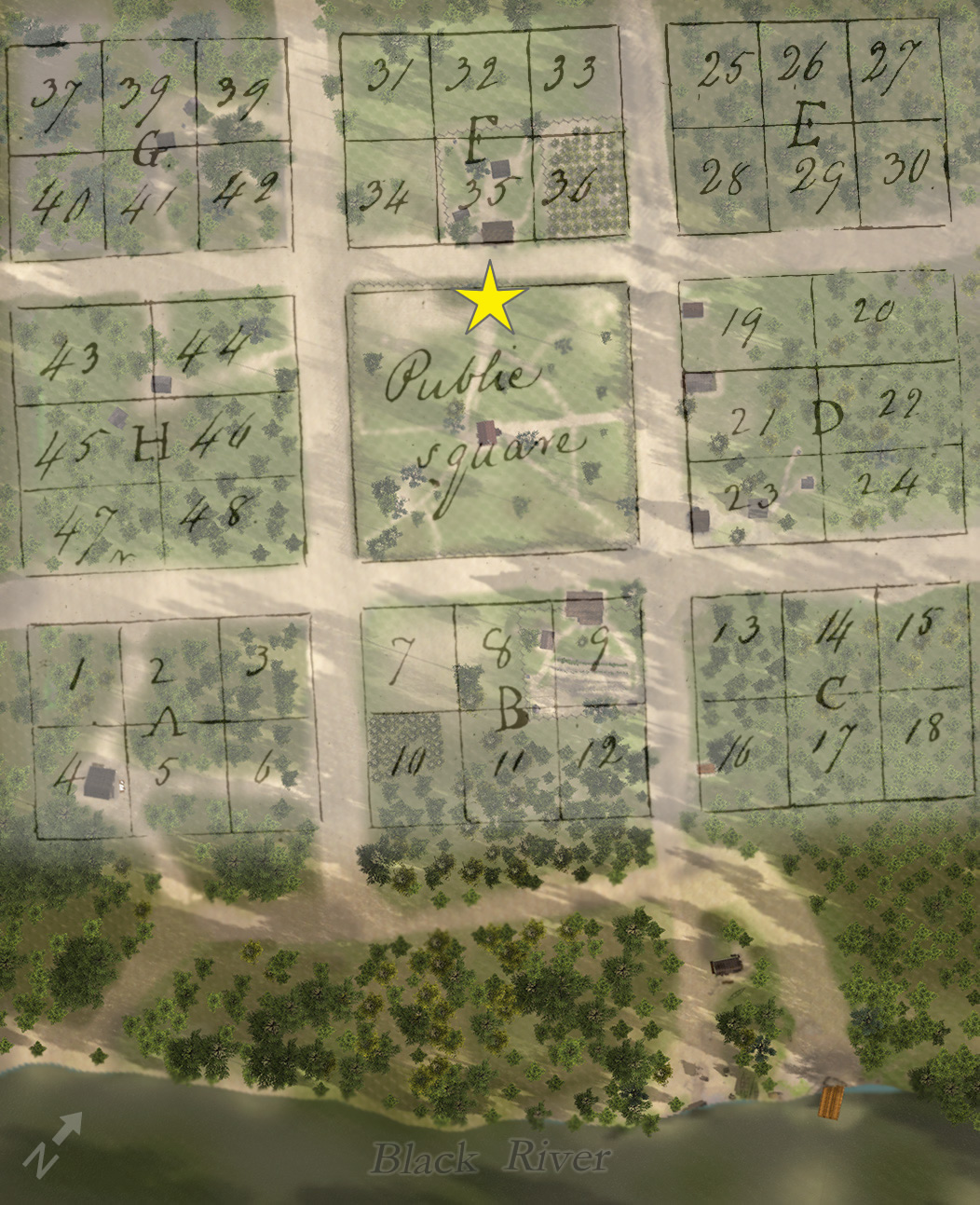 3D Depiction of the Jail 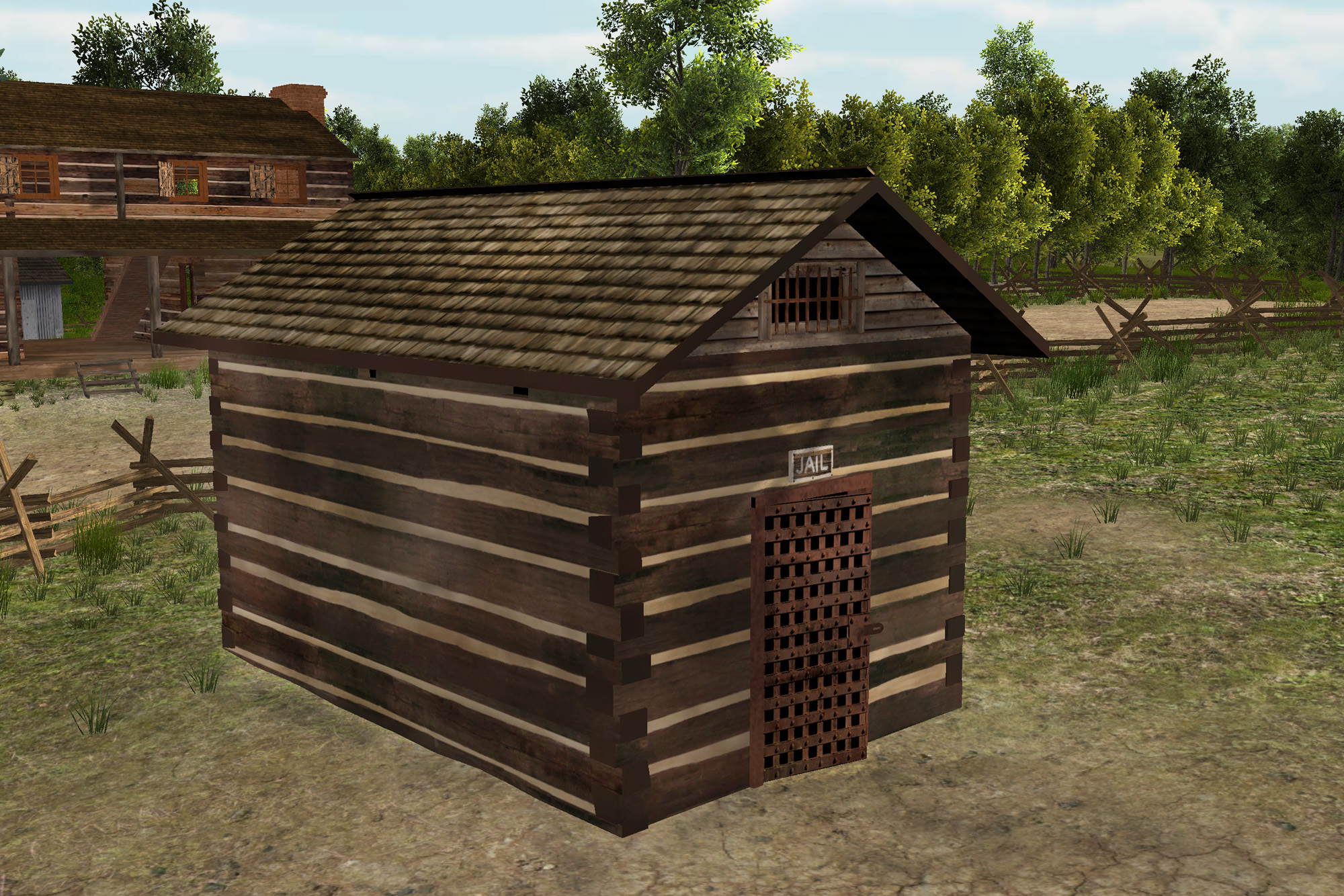