Cotton has long been an important commodity in Arkansas. It was grown by small farmers and planters in the early 1800s in many parts of northeast Arkansas. In the early 1820s, cotton production in Lawrence County was as much as 2,000 pounds per acre (White 1931:147). In order to be sold, the cotton had to be processed in a gin. While the earliest cotton gins were probably those at Arkansas Post (1819), two gins are mentioned in Lawrence County records for Davidsonville. One was a gin on land in lots 4 and 5 owned by the estate of Joseph Hardin (Lawrence County Records 1826). It is not known if Hardin built or operated the gin. This location makes sense, since lots 4 and 5 are along the riverfront. It would have been a short distance to barges or flatboats on the Black River at the Davidsonville waterfront [IMAGE: 4c Carting Cotton Bales.jpg] . Colonel Terry Stuart and Robert Smith are also described as owning and operating a cotton gin in Davidsonville.

The cotton gin, or more precisely, the “gin stand” quickly and easily separated the cotton fiber (lint) from its seeds [IMAGE: gin6.jpg]. The fibers could then be processed into clothing. Before Eli Whitney invented the cotton gin in 1793, separating the seeds and seed hulls from the fiber by hand was very time consuming.

The building housing the early nineteenth century gin stand was usually a two story wood structure. On the lower floor was a running gear, composed of a large wheel propelled by mules or horses. [IMAGE: Gin5.jpg] Cogs on the outer edge of the wheel geared it to a spur wheel connected by a leather belt to the gin stand on the second floor. The harvested cotton was brought to the gin by wagon. It was fed into the gin where the turning blades separated the seeds and other debris from the lint. Ginned cotton was expelled into the lint room, under (or behind) the gin stand. The fiber was carried in baskets to the baling press a few yards from the gin house [IMAGE: gin+house.jpg]. Bales of cotton were wrapped in hemp and tied with rope. They weighed as much as 400-500 pounds. 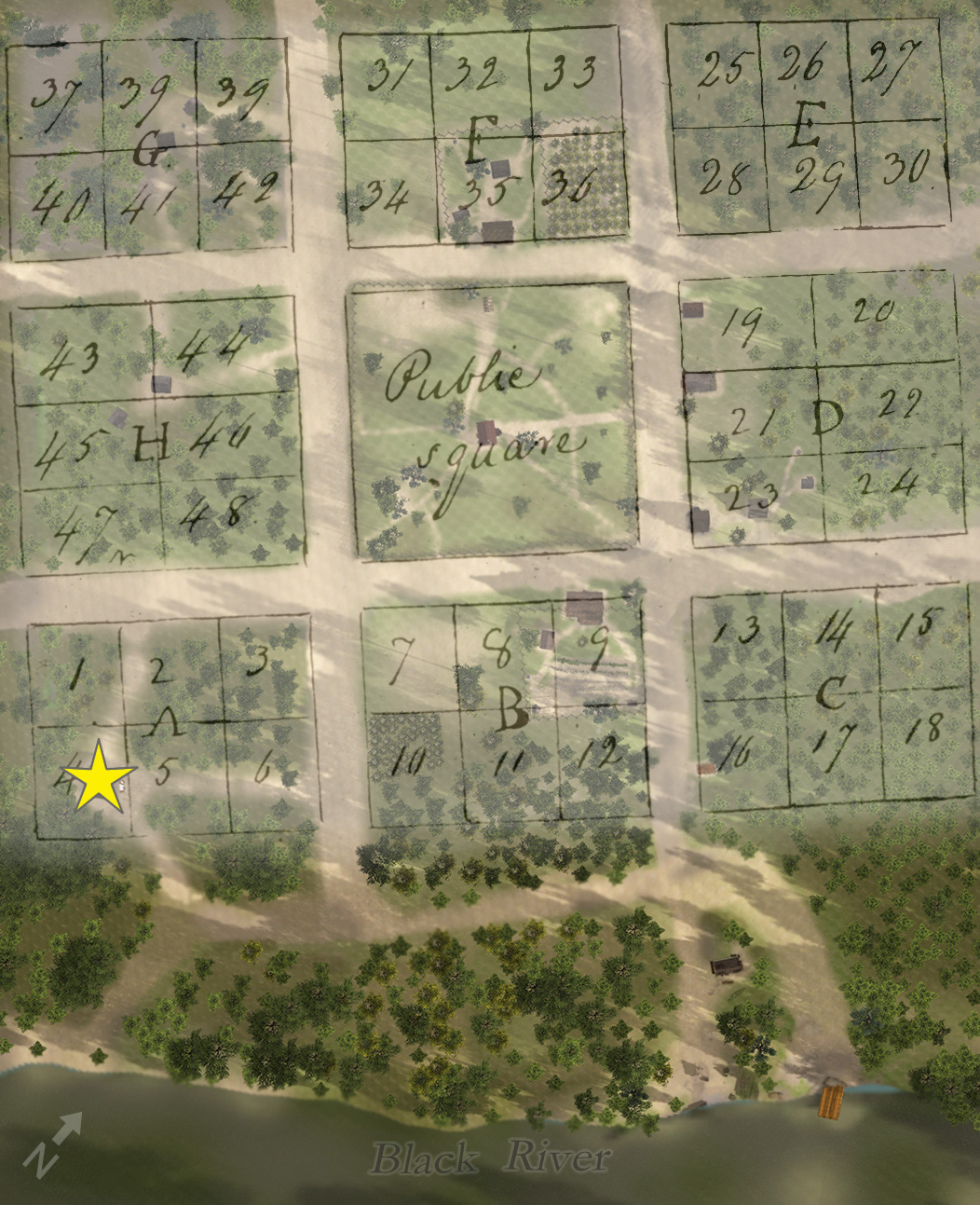 3D Depictions of the Cotton Gin 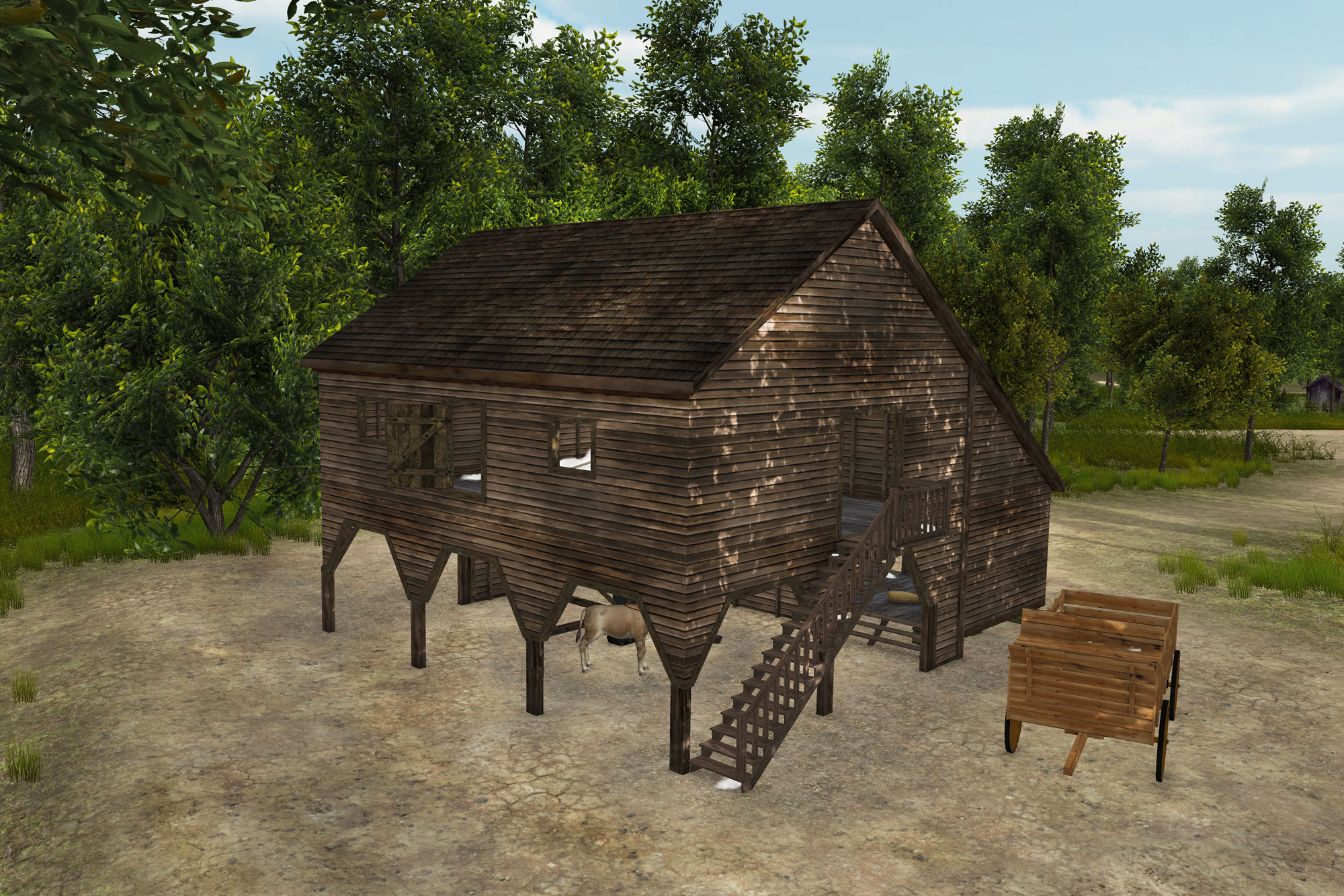 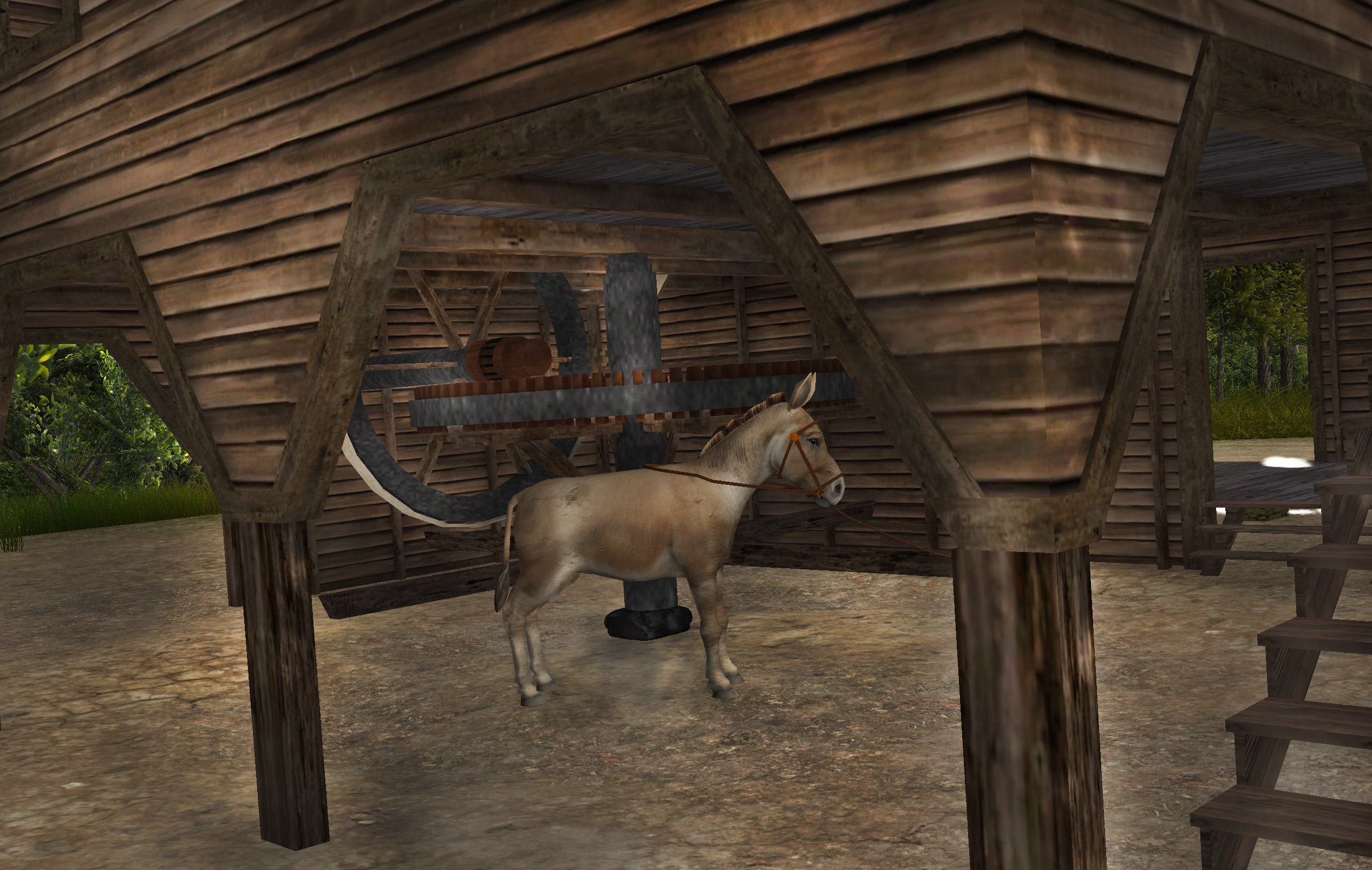 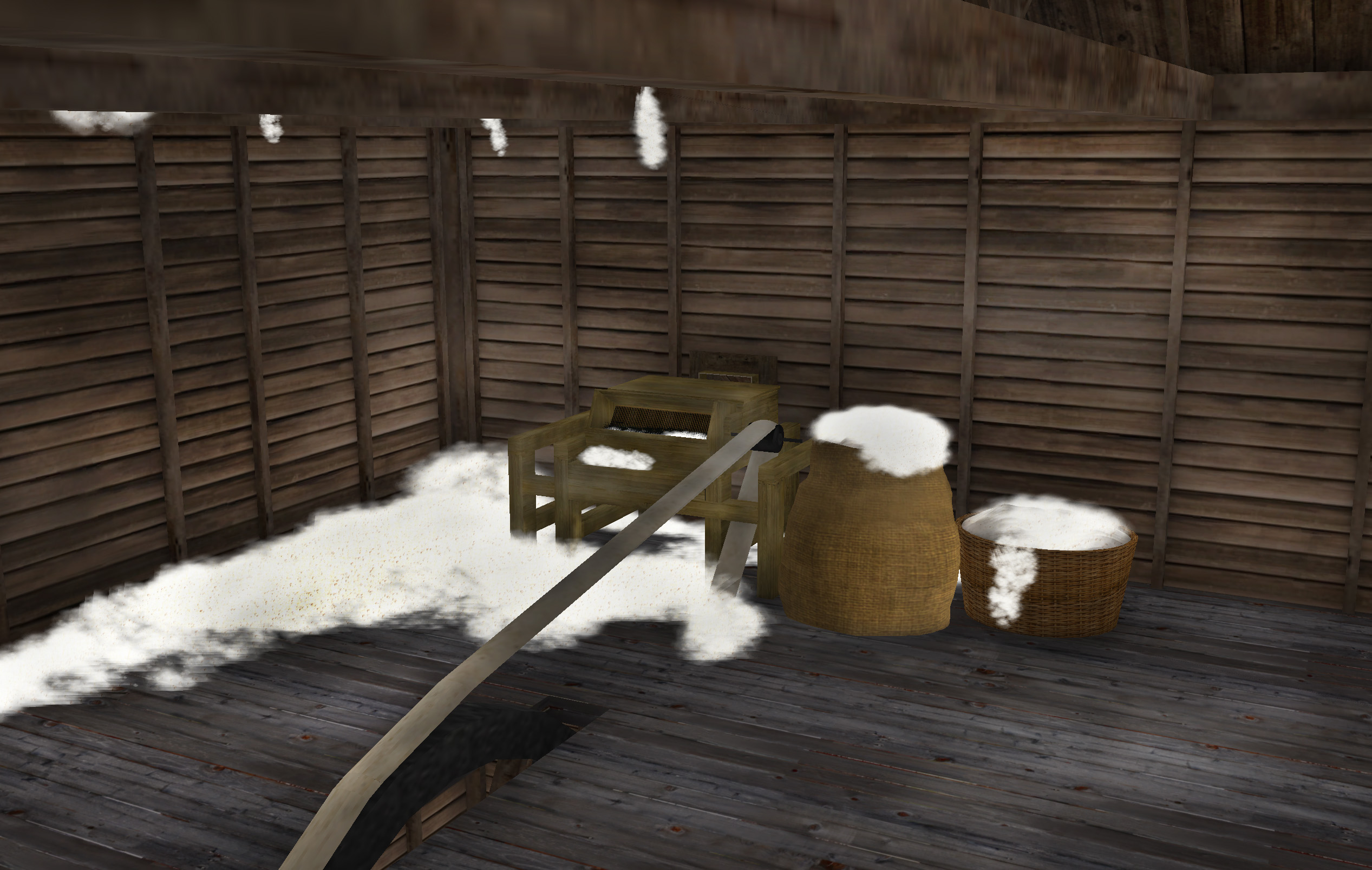