A distinctive set of metal artifacts was found by archeologists at the edge of Lot 23 at Davidsonville in 2008. These include square, cut iron horseshoe nails, a horseshoe, a fragment of an iron awl, a piece of iron stock, and several clinkers. This assemblage suggests that a blacksmith shop was present in the vicinity. Fragments of broken dishes and window glass imply that a residence was nearby, or perhaps was part of the shop.

Most early nineteenth century blacksmith shops in America were square, single pen buildings made of hewn logs or wood, as the re-creation shows. There may have been large shed doors at one end to allow wagons to be pulled inside for repair. Since brick fragments were found during archeological excavations of the Davidsonville blacksmith shop, it is possible that the forge was made from brick, either dry laid or mortared. There also may have been a brick chimney as shown in the digital re-creation. The anvil, bellows, quenching tub, and blacksmith’s tools would have been inside the shop (Brady et al. 1997). There might have been a grinding stone to sharpen tools. In a lean-to or under a porch he might have stored logs for making charcoal, and large items such as barrel strapping. 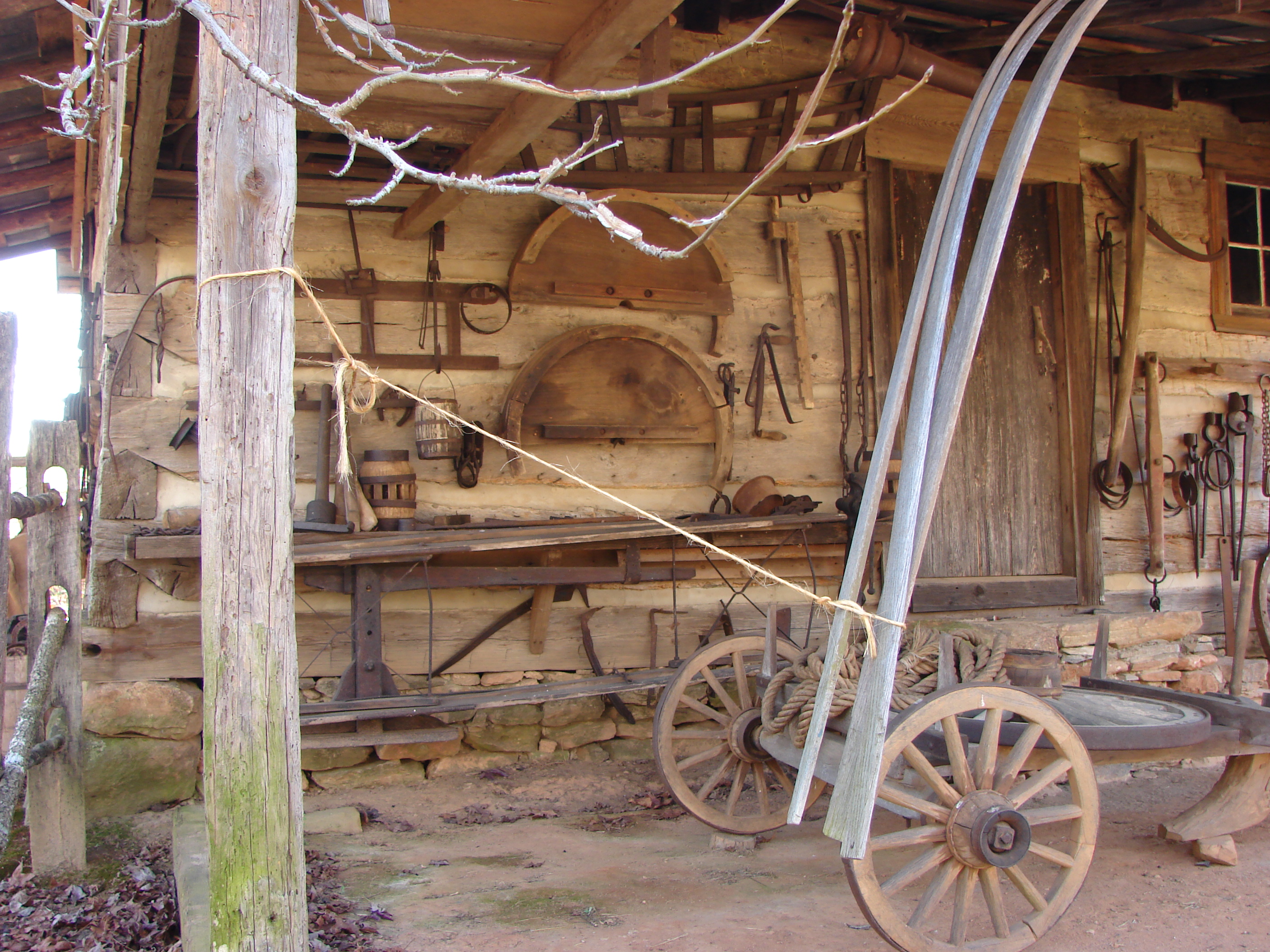 There certainly would have been a blacksmith living at Davidsonville. The blacksmith would have been an important member of the community. In addition to making horseshoes and repairing wagons, he created building hardware, repaired tools and guns, and manufactured agricultural implements, to name a few. There is no evidence that William Drope was the town blacksmith (as shown in the re-creation), but we do know that he owned Lot 23 (Lawrence County Records 1817).

The presence of iron fragments and clinkers in Lot 23 strongly indicate blacksmithing activity because clinkers are “chiefly a mixture of slag, fuel residue, and material from the forge and fire base…the chief waste product from the forge” (Light 1984:61).

Since fragments of dishes, glass, and brick fragments were also found in Lot 23, it is possible that the residence of the Davidsonville blacksmith was close to his shop. Some early nineteenth century blacksmith shops had living quarters inside the shop (Light and Unglik 1987). 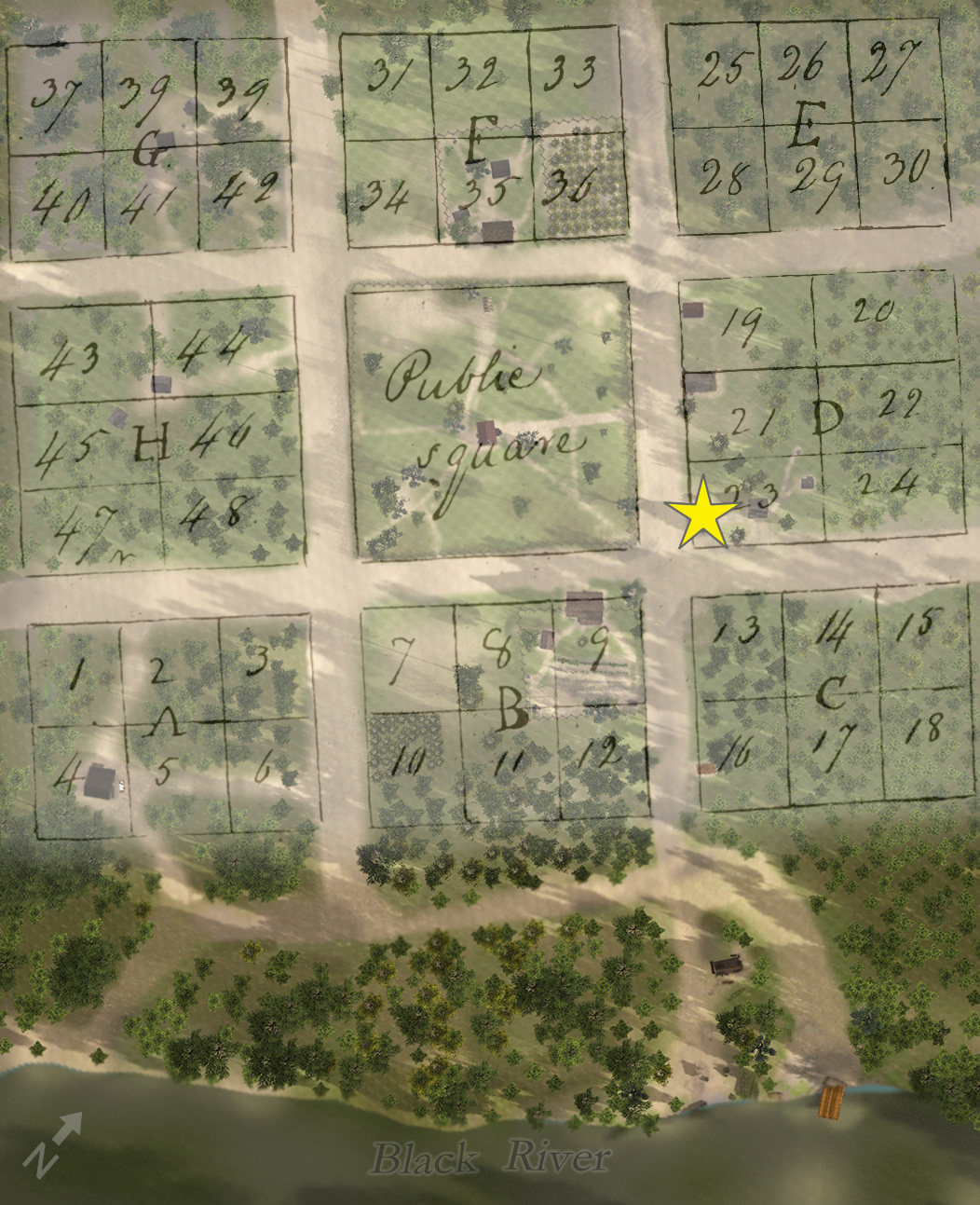 3D Depictions of the Shop 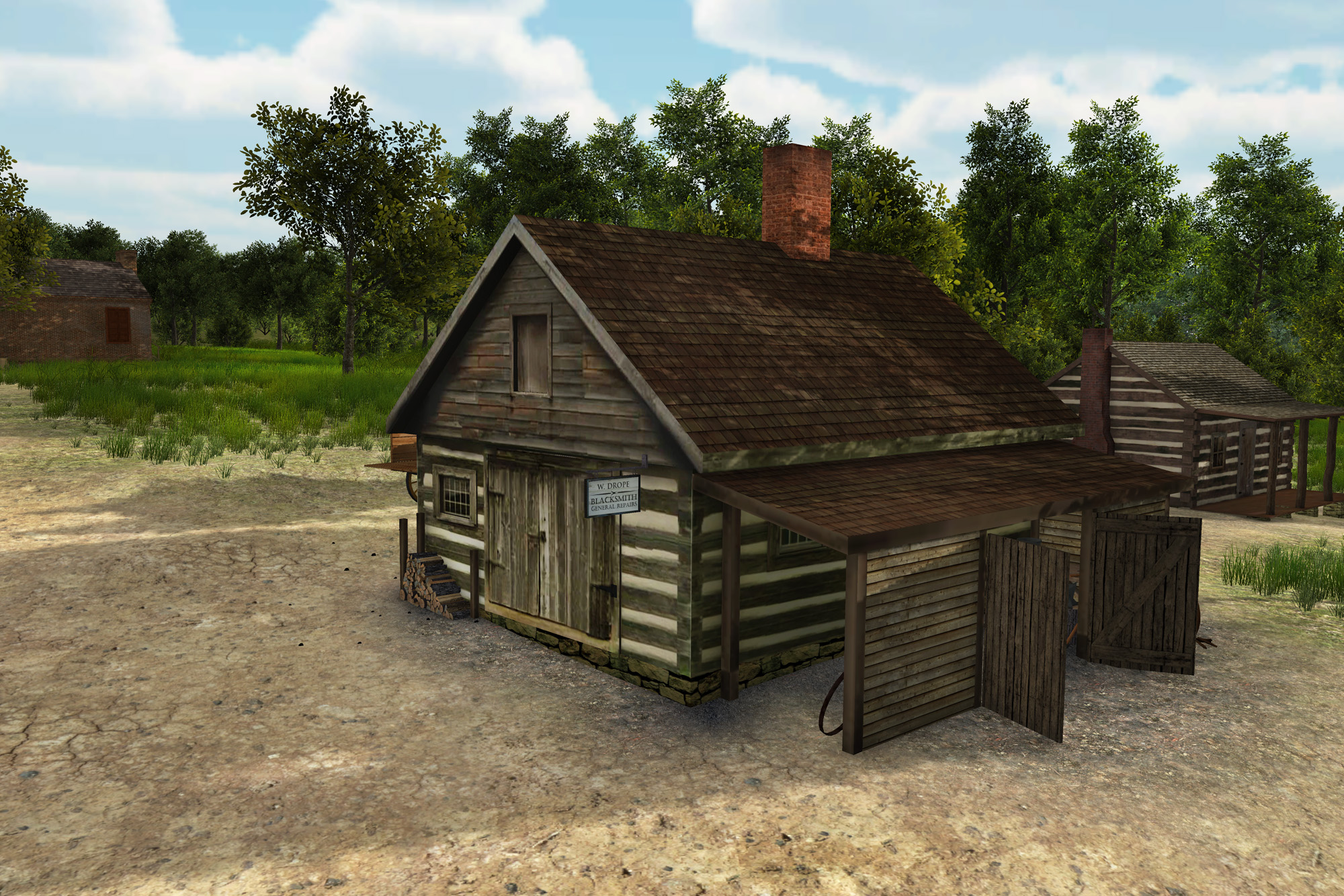 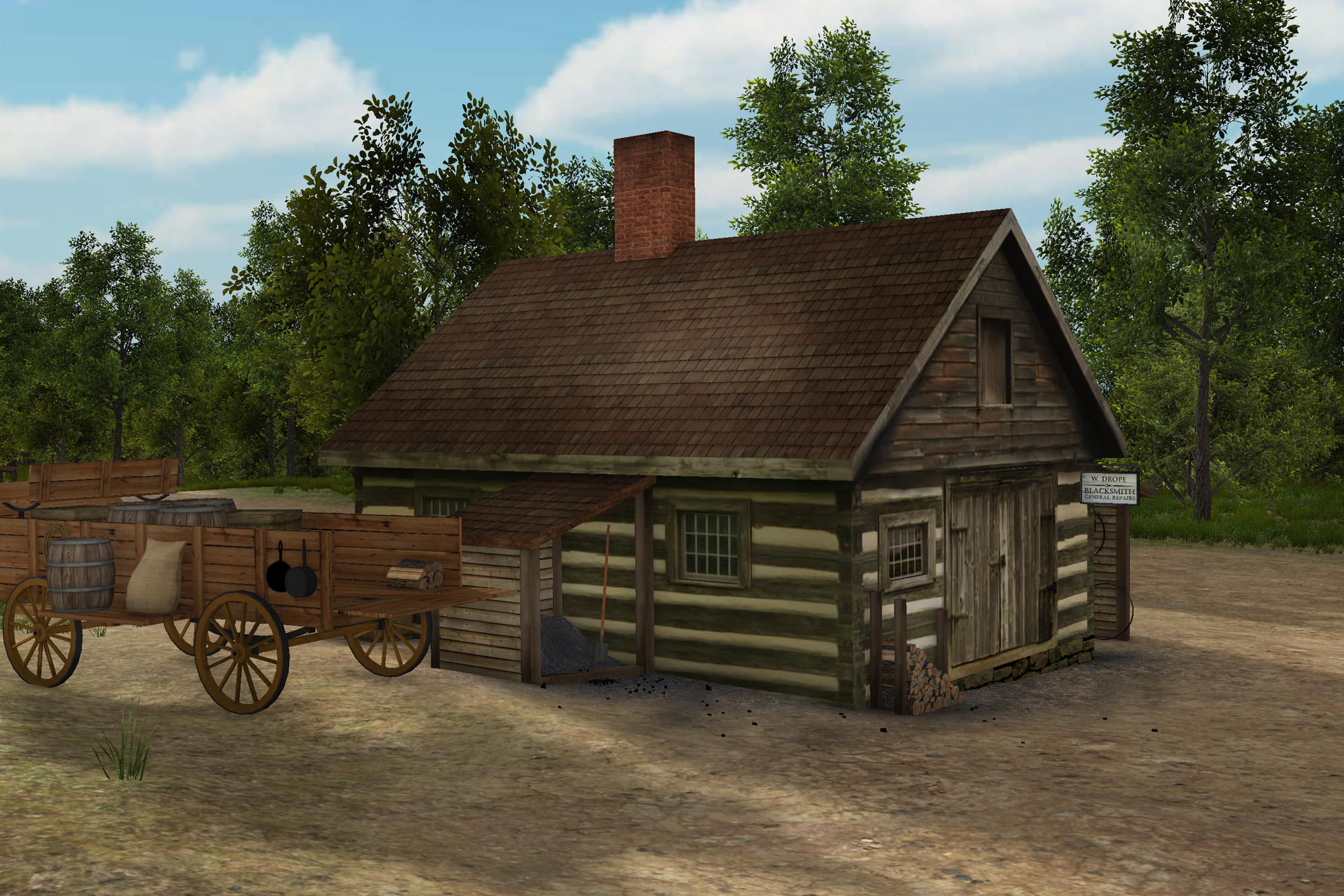 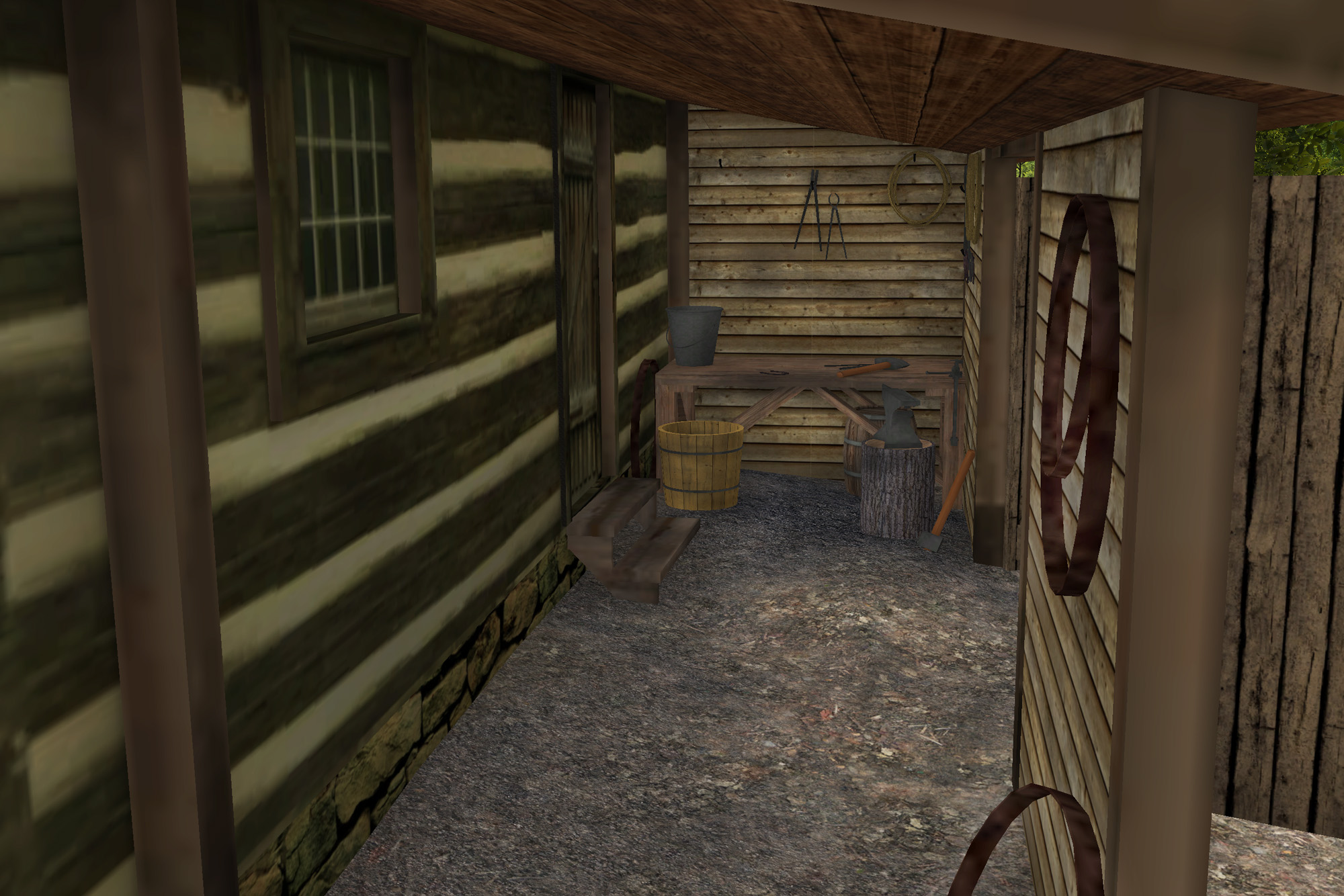